Music - Instrument of the Week

Synthesizers are electronic instruments which are like musical computers. They make sounds using keyboards, buttons, and dials which can  change the sound pitch (high and low) and sound quality, which is called timbre (scratchy, smooth, squeaky etc).

The first synthesizer to be sold to the public was this one: 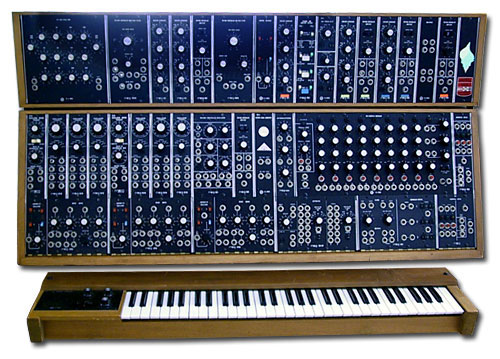 Lots of bands like the Beatles and Rolling Stones and The Doors, began experimenting with the new sound. One of the first tracks to ever use a Moog synthesizer was this one -'Strange Days' by The Doors.

By 1977, Donna Summer made this incredible track, 'I Feel Love', which so many different musicians have sampled (used bits of) or been influenced by (changed their own musical style as a result of listening to it). 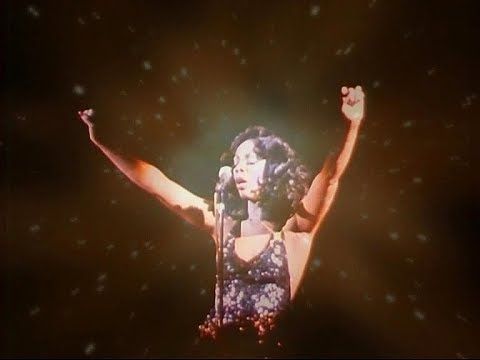 This clip is a bit hard to understand in places, but it breaks each part of the song down so you can hear each section, like the Moog Synthesizer sounding like the string section of an orchestra (violins).

One of the first portable synthesizers was the Minimoog - a smaller version of the Moog so that you could carry round with you.

Listen to this track by Fred Wesley and the JB's to see if you can hear the Minimoog at the beginning of the track?

Funk music began using samples (bits of other songs or sounds) This was the beginning of hip hop. Listen out for the synthesizer samples in this track by Funkadelic.

So in 1979, this hip hop classic by Grandmaster Flash was made. Can you hear the different samples being used? For example, the hand claps?This was so exciting because the whole of the instrumental backing was made by sampling other tracks, and 'cutting and scratching' which meant turning the record back and forth really quickly so the music went backwards and forwards. This made a fresh new drum sound - perfect for rapping over the top.

Watch Grandmaster Flash explain his cutting edge ideas and show you how 'scratching' is done:

As we've seen, synthesizers have been used in so many different styles of music, from rock to disco, from hip hop to funk.

The final type of music to mention is New Wave music, which began in the late 1970's. There are so many amazing bands from this period- it still sounds so fresh today and so many of today's musicians are using these bands to influence their own music.

This is one of the synthesizers that musicians used to play samples of sound as well as keyboards.

The first band to experiment with New Wave were Kraftwerk, a German band. This video is in German, but I had to show you what Kraftwerk looked like live- do you think there is a reason they are all dressed in the same black outfit, with the same haircut, and all facing the audience in a line?

There are no wrong answers, but I think that Kraftwerk wanted to present themselves as robots! This really adds to the feel of the music. At the time, it was unusual for musicians to only use synthesizers- most other bands were also using instruments like guitars, drums  and bass. (Apart from hip hop musicians, as we have seen!)

Please take a look at 'Electronic Week' in Previous Tracks of the Day for more brilliant synthesizer tracks.

I hope all you budding keyboard players will be inspired by this music to have a play around on your keyboard and see what exciting sounds you can come up with.

Don't forget, there is a free Yumu Keyboard music package for everyone in Years 2,3,4,5 and 6- check with your parents and carers that they recieved the email I sent them- if they haven't received the username and password I will happily send it again!